By Martin Podval September 28, 2011
My HD2 cell phone gain the time. 4.3'' 800x480 ppi display, 1GHz processor, all facilities like Wifi, GPS, SDHC cards are the properties of new cell phones but also the characteristic of my two years old HD2.

The best part of this cell phone is the set of operation systems which you can deploy to this device. Windows Mobil 6.5 was the original, Windows Phone 7.5 Mango is now available since yesterday as well as various version and customizations of Android. Note that you can also install MeeBo and Ubuntu to you HD2 but it doesn't seem as a common use-case.

I'd love to share my feeling since I've used Windows Phone 7.5 Mango for a week as well as I'd like to compare it to HD2's Android. 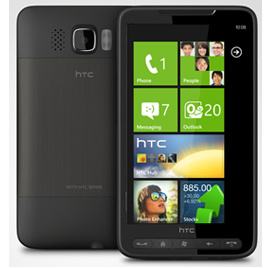 I've started to use famous Yuky Back to the future ROM having basic Windows Phone 7 system available to standard upgrade via Zune. Simple instalation followed by mentined updates brought my phone into pre-release Windows Phone 7.5 Mango.

First thing you have to appreciate is the time necessary to start the system. It takes one fifth of RafDroid, previous android system I have used. Next stuff you will see after PIN typing is tile system on which the whole system is based.

I really love it, very nice typography is done, the whole system is based on the same type and thats the reason why I'll probably return to Windows Phone system later in the future. See screenshot. It's new, very nice! All internal features are developed in the same style so the message client is based on very lightweight graphic template. I believe that's the style into which all system, including Android, will tend to in the future.

The next deliciousness is the social integration. One screen contains the aggregation of all social sites you logged in, facebook, twitter, linkedin. You just read messages or tweets, click and reply, retweet etc. That's the second but last surprise.

All the rest read is about cons. The battery is the worst issue I've encountered. The reason was probably HD2 cell phone, which means that another native WP7 devices needn't suffer. The battery life is about 16-20 hours if you don't use the phone! The half if you write a few messages, read the internet etc. Terrible.

The lack of application. As Java is famous because of community and third party frameworks, C# maybe beats Java at the language level but that's all the stuff, Windows Phone versus Android is the same story. Microsoft's market contain's a few application, the quality is vary. Maps are good example. Microsoft maps are build-in, I've downloaded also google maps as well as mapy.cz application. None of those application was able to show me the way from my position to any other, it just showed target address and wanted to start GPS to navigate. Android's google maps uses location feature to find your position and do that, WP's maps have no such functionality or it was hidden for me.

The same is applicable to all apps, android ones are featured and tuned but Windows Phone apps contains only base functionality.

The other terrible feature is the full integration with bing. Bing is not proper search engine for me, but you have to jailbreak you windows phone to allow google searching - for search feature as well as when you want to change search provider within the browser.

The last thing I hate is SD card locking. As you can suppose I've decided to remove Windows Phone 7.5 Mango and deploy Android system. I've just take SDHC card out of my phone and try to format in my notebook. Windows 7 doesn't find this card and i've to start to read tutorial how to make my card accessible, my own card. That's outrageous. Windows Phone just lock your card, I've read forum that a few guys said that they throw their cards into bin and just buy new ones! I had to install unlock application into my phone followed by using Magldr into reformat card's MBR and use special program to format the card. Huh, the last think to kick the whole system. 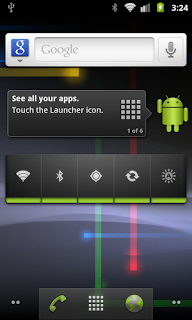 I've planned to make a cell phone from my HD2, not tablet with 16 hours life on one battery charge. First version of Android I've used was Rafdroid. It's very nice system which uses HTC Sense. It provides nice base screen I loved already in my Windows Mobile 6.5.

That's the problem: it starts almost two minutes and it's very slow. Instead of this build, I've just use clear and simple package based on Nexus Android. It was right step.

I've find out that I do not want base HTC Sense screen anymore because I don't want to patch up the base screen by giant hour widget and there is a lot of weather applications anyway. Because I'm living in Czech Republic, there is beauty one for my country with text forcast.

And the last thing: a few sms, internet browsing a few minutes call: 3 days per one charge!

Popular posts from this blog

By Martin Podval December 05, 2010
The whole series of NHibernate performance issues isn't about simple use-cases. If you develop small app, such as simple website, you don't need to care about performance. But if you design and develop huge application and once you have decided to use NHibernate you'll solve various sort of issue. For today the use-case is obvious: how to insert many entities into the database as fast as possible? Why I'm taking about previous stuff? The are a lot of articles how the original NHibernate's purpose isn't to support batch operations , like inserts. Once you have decided to NHibernate, you have to solve this issue. Slow insertion The basic way how to insert mapped entity into database is: SessionFactory.GetCurrentSession().Save(object); But what happen when I try to insert many entities? Lets say, I want to persist 1000 libraries each library has 100 books = 100k of books each book has 5 rentals - there are 500k of rentals  It's really slow! The inser
6 comments
Read more

By Martin Podval July 30, 2014
Preface We spend last five years on HP Service Virtualization using MsSQL database . Non-clustered server. Our app utilizes this system for all kinds of persistence. No polyglot so far. As we tuned the performance of the response time - we started at 700ms/call and we achieved couple milliseconds per call at the end when DB involved - we had to learn a lot of stuff. Transactions, lock escalation , isolation levels , clustered and non clustered indexes, buffered reading, index structure and it's persistence, GUID ids in clustered indexes , bulk importing , omit slow joins, sparse indexes, and so on. We also rewrite part of NHibernate to support multiple tables for one entity type which allows use scaling up without lock escalation. It was good time. The end also showed us that famous Oracle has half of our favorite features once we decided to support this database. Well, as I'm thinking about all issues which we encountered during the development, unpredictive behavio
3 comments
Read more

By Martin Podval September 26, 2013
Jenkins by default assigns version of a build using local counter within each type of a build. An example is better. When you look at this overview, you definitely do not know which code revision was used in Compile build and which in Integration Tests . I've followed nice article regarding real CI pipeline using jenkin s. It uses Build Name Setter Plugin. Unfortunately this article uses SVN revision number. So I said I'll just use git revision as git is my source control. But it's not so easy as how it could seem for first look. My Jenkins setup comprised of first compile build step which clones git server and performs an compilation. Second build steps clones the repository from first step and executes integration tests . The problem here is that the second step does not know which git revision compile step cloned. Here is list of steps how to do that. 1. You obviously need Git Plugin , Build Name Setter Plugin and Parameterized Trigger Plugin 2. Compile
1 comment
Read more